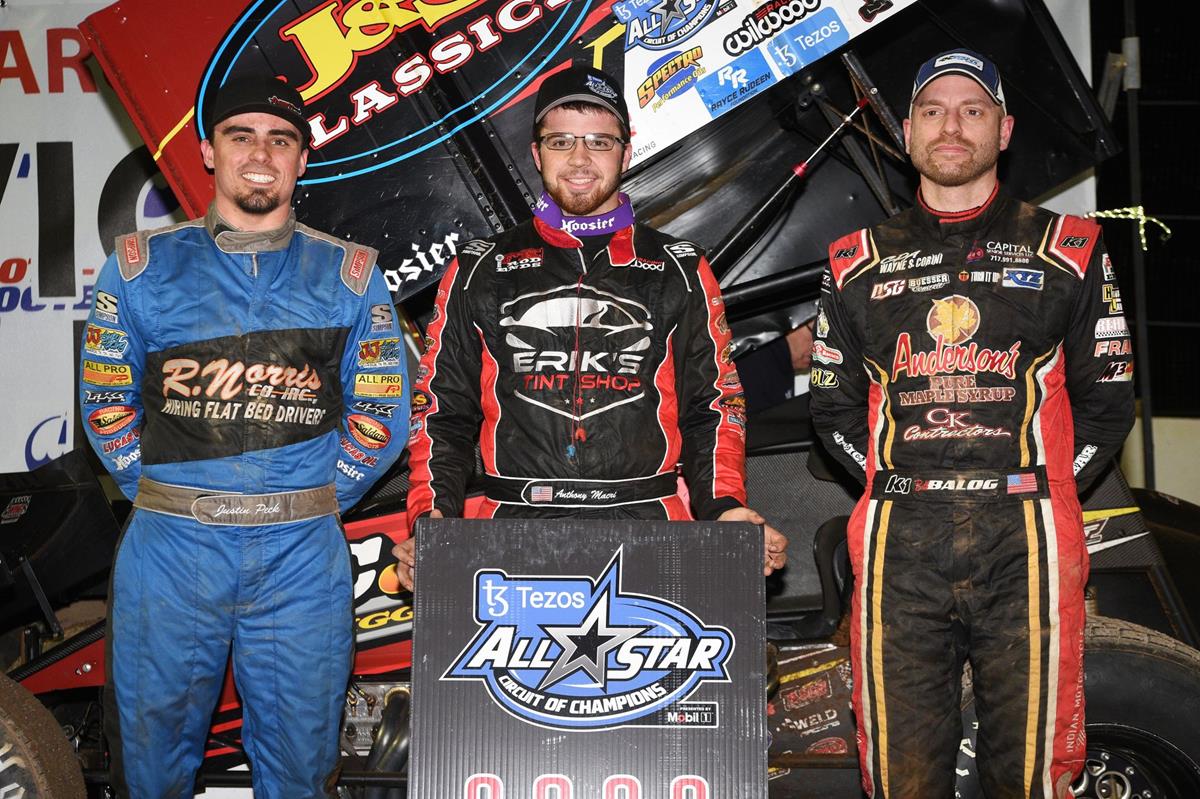 Hartland, Wisconsin (April 26th, 2022) – B Squared Motorsports collected their second heat race win of the season and first podium A-Main finish of the 2022 Tezos All Star Circuit of Champions presented by Mobil 1 season last week in Pennsylvania. Representing the Tezos All Star Circuit of Champions vs. a stout field of Pennsylvania Posse, Bill Balog and the Anderson’s Maple Syrup #17B secured a second place finish in Bloomsburg Fair Raceway’s first time hosting a 410ci sprint car competition on April 21st, 2022.

After a second row starting position, Bill Balog took command of the 30 lap feature race on lap 10 and would battle Anthony Macri through lapped traffic with Macri gaining the lead at the flag stand on lap 17. Balog continued to match the fast pace, finishing second, followed by Justin Peck, Tyler Courtney, and Zeb Wise.

“It was fun to run up front and lead some laps. The track stayed good throughout the night, you could really move around and run different lines. We were hoping we would get another shot at the leader in lapped traffic but that last caution gave everyone clear air” said Balog, driver of the CK Contractors LLC, Buesser Concrete, Howard Law, Wayne Corini, CPA, Capitol Senior Services LLC, Rocky Rococo's Pizza, Turn It Up Media sprint car.

Following the first podium finish of the year, the team joined 41 entries with the All Star Circuit of Champions at Williams Grove Speedway. Bill Balog and the team were able to transfer to the A-Main through the heat race and would finish the evening +1 positions, finishing 18th in the 30 lap Tommy Hinnershitz Classic feature event.

The final night of the Pennsylvania triple header weekend was the 2022 Keith Kauffman Classic at Port Royal Speedway. Following the team's 2021 success at the “Speed Palace”, the North Pole Nightmare made a heroic run, turning a 14th starting position to a third place finish in the 12 lap B-main to qualify for the feature event.

“We continue to focus on being better in qualifying. We changed the car a bit in advance of the B-Main and made a good run there while the track got a few additional lanes rolling. We put in some quality laps and were able to pass a lot of quality cars to get ourselves in the feature event” said Balog.

The team kept the momentum with a strong run in the A-main. Once again, Bill had the Anderson’s Maple Syrup, Capital Senior Services #17B carried good pace and moved forward at the “Speed Palace”, gaining ten positions, ultimately finishing 13th, after starting 23rd in the 30 lap Keith Kauffman Classic.

“We didn’t change much for the main and the car was good. That was fun, especially early to middle of the race, we were able to pass a lot of quality cars. It was great to have Todd Olejniczak and Capital Senior Services with us at the track, move up positions and gain momentum all night.” said Bill Balog.

At the end of the evening, Bill and the B Squared Motorsports team earned the Carquest Perseverance Award and the J&S Classics Warrior Award, securing an extra $1,000 for their efforts.

Upcoming Racing Schedule
B Squared Motorsports will continue their 2022 Tezos All Star Circuit of Champions presented by Mobil 1 campaign with a Pennsylvania and Ohio mixer on Friday through Sunday, April 29 through May 1, visiting Lernerville Speedway, Sharon Speedway, and Waynesfield Raceway Park in consecutive fashion. All three events will award $6,000 top prizes, simultaneously igniting a busy May slate of nine events throughout Ohio, Michigan, Illinois, Wisconsin, and Pennsylvania.

In response to the concern for limited right rear tire supply resulting in the potential for a very low car count, Tezos All Star Circuit of Champions presented by Mobil 1 and Bedford Speedway officials have made the mutual decision to postpone the Bedford Speedway event scheduled for Thursday, April 28, until a date later in the year that has yet to be determined. An announcement will be made when it becomes available.

For those who can not witness the All Star Circuit of Champions live and in person, FloRacing.com, the official media partner and broadcast provider of the All Stars, has you covered. 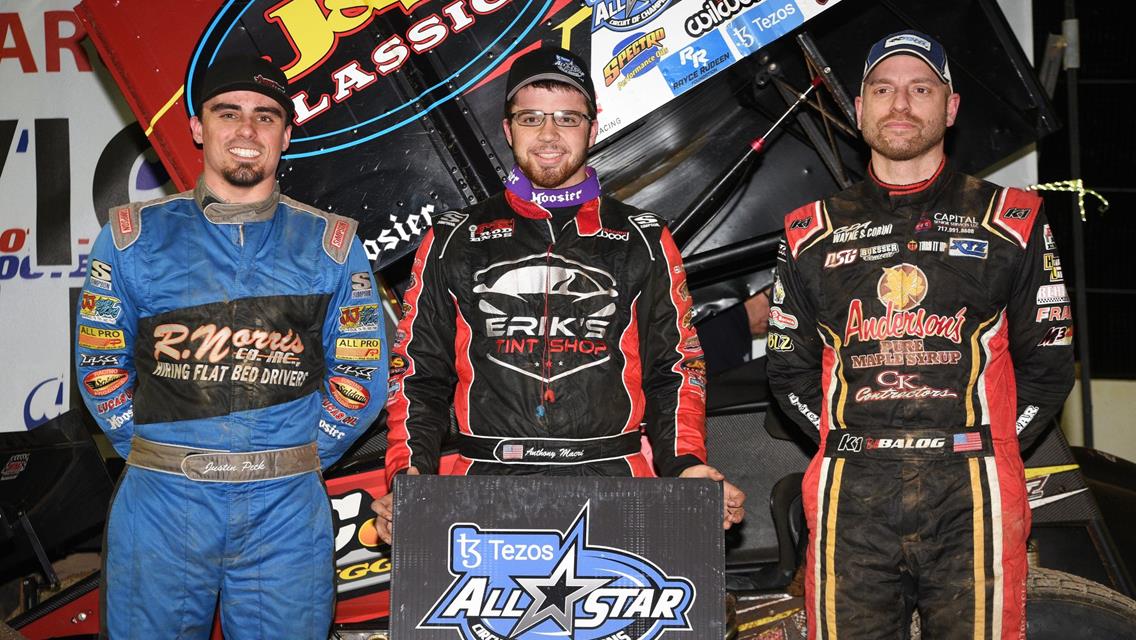 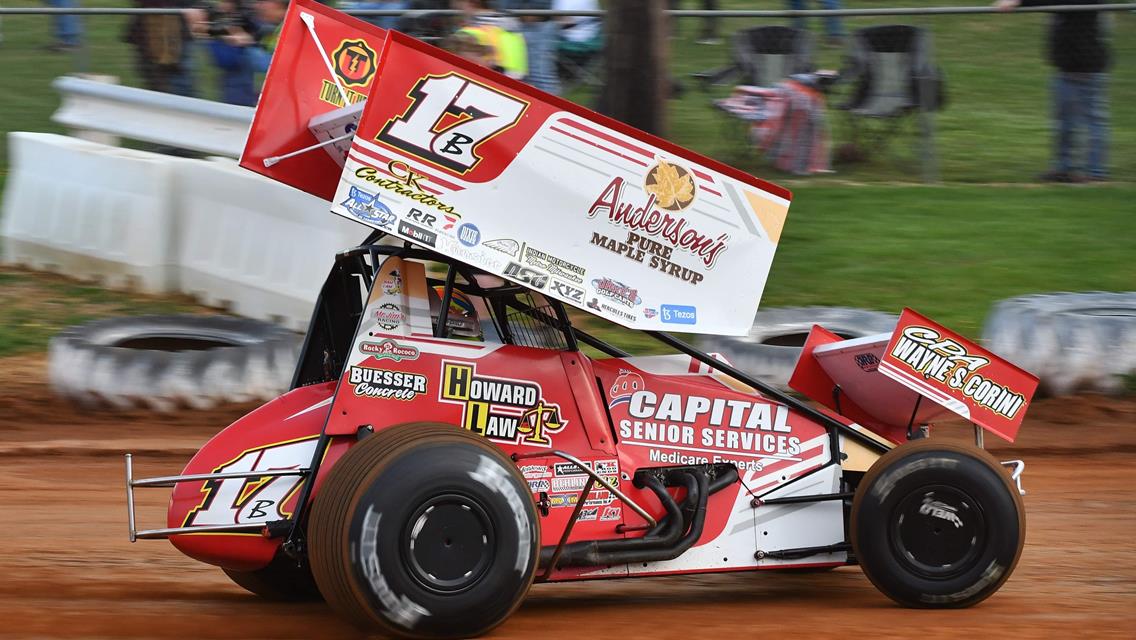