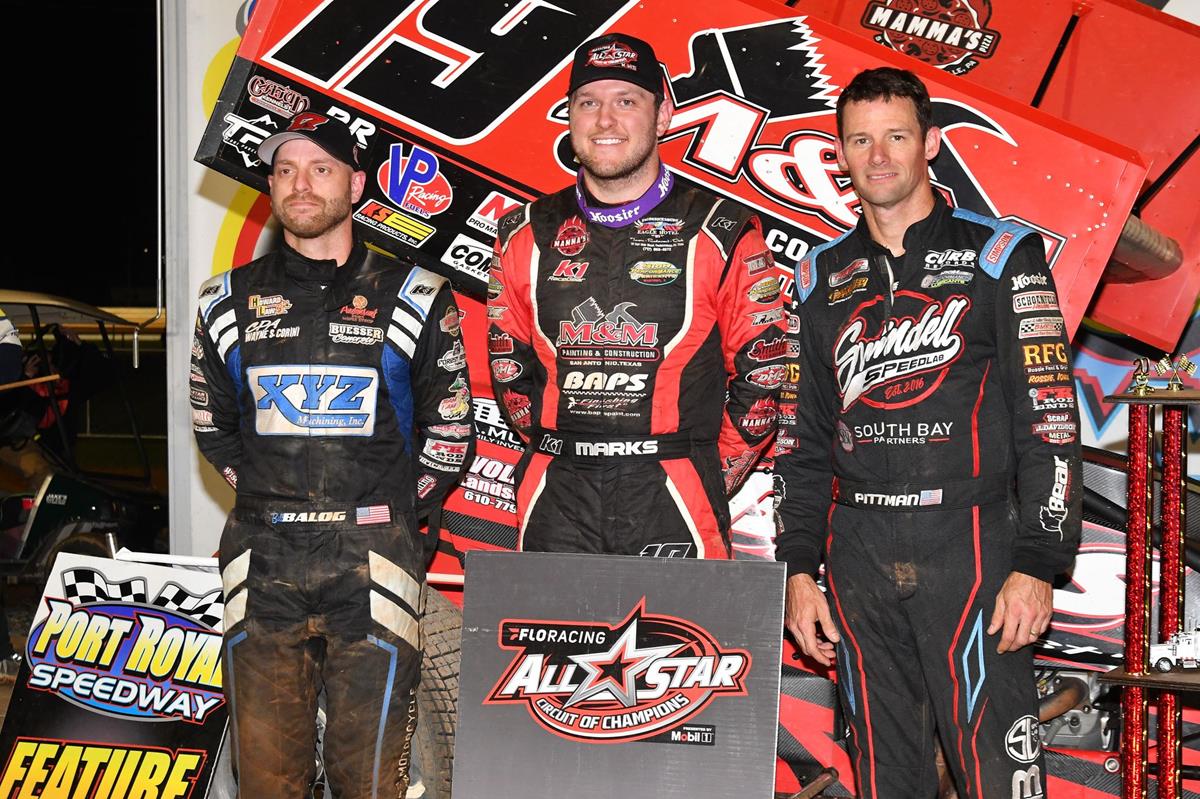 Hartland, Wisconsin (September 14th, 2021) – Bill Balog and B Squared Motorsports kicked off their rookie Tuscarora 50 weekend with a bang on the first of the three-day Central Pennsylvania blockbuster event. The Anderson’s Maple Syrup #17B unloaded fast from the trailer and never looked back.

After qualifying seventh overall in time trials on opening night, Balog claimed the All Star Circuit of Champions Heat Race #2 victory, qualifying him for the Dash Redraw, where the Hartland, WI resident drew the pole position. After securing the Dash #2 victory, the CK Contractors LLC, Buesser Concrete, Wisecup Siding, Howard Law, Wayne Corini, CPA, Lein Acres, Turn It Up Media sprint car started on the outside of the front row for the Thursday night preliminary victory worth $8,000. AJ Flick earned the initial advantage from the pole position, leading the first eight circuits before surrendering the lead to the “North Pole Nightmare” as the lead duo hit lapped traffic. Bill would trade sliders with Brent Marks for the lead but ultimately would settle for a second-place finish as the fifth starting Pennsylvania native went on to take the win. It was the seventh 2021 series podium finish for Balog, the two-time 2021 All Star Circuit of Champions feature winner and rookie.

Balog and the Anderson’s Maple Syrup #17B once again qualified well on Friday’s “Night before the 50” which translated into a second starting position and runner up finish in their heat race, qualifying them for a 13th place starting position in the $10,000 to win feature event. Bill battled into the top 10 in the 30 lap main event and ultimately moved up +2 spots from his starting position and finished the All Star Circuit of Champions feature in 11th.

Qualifying for Saturday’s 50-lap, $54,000-to-win finale against a 57-car field featuring the All Star Circuit of Champions would prove to be a bigger challenge after missing the heat race invert by under 0.01 seconds in qualifying and forcing Balog, the 10x IRA Sprint Car Champ, to run the B-main after a 5th place finish in his heat race. The North Pole Nightmare started the B-Main in the 9th position and moved up four positions to advance to the Tuscarora 50 A-main in the final transfer position. In the 50 lap finale, Bill would find his stride, running all three lanes of the Port Royal Speedway to advance +15 positions, capping his first Tuscarora 50 with an exciting eighth place finish.

“Running the B-Main really helped us, we were fast and could tell the changes we made were going in the right direction. The car was so good early in the 50 lap feature, I wanted to take care of the tires, but after the midpoint red flag the tires looked good and we were able to be more aggressive and really have some fun. I was glad we could get up in the top ten, it was disappointing to start so far back but man, that was fun.” said Balog.

“It’s been really helpful keeping the car and hauler with Matt & Kahla Miller in Pennsylvania for the last month, they’ve been great hosts. We've been able to be efficient with travel and prepare the car for the final Pennsylvania stretch of the season, it has really helped us”. said Balog, as the team continues to learn in their first season with the All Star Circuit of Champions.

In their first Tuscarora 50 the B Squared Motorsports team welcomed life-long central Pennsylvania’s Todd Olejniczak and Capital Senior Services LLC as a partner for the remainder of the season. Capital Senior Services LLC and Capital Insurance Services focus on assisting businesses and individual clients in their Life and Health Insurance needs and has been a true sprint car fan and supporter for many years.

Upcoming Racing Schedule
B Squared Motorsports will continue their 2021 FloRacing All Star Circuit of Champions season and extended Pennsylvania stay at Williams Grove Speedway, and Lincoln Speedway in consecutive nights Friday and Saturday, September 17-18. Friday’s Williams Grove Jack Gunn Memorial will get the weekend underway as a Dirt Classic qualifier for Lincoln Speedway on Friday. The Dirt Classic, will be the PA finale for the All Star Circuit of Champions awarding a $20,000 payday on Saturday. Stay tuned to B Squared Motorsports social media for additional details and updates. 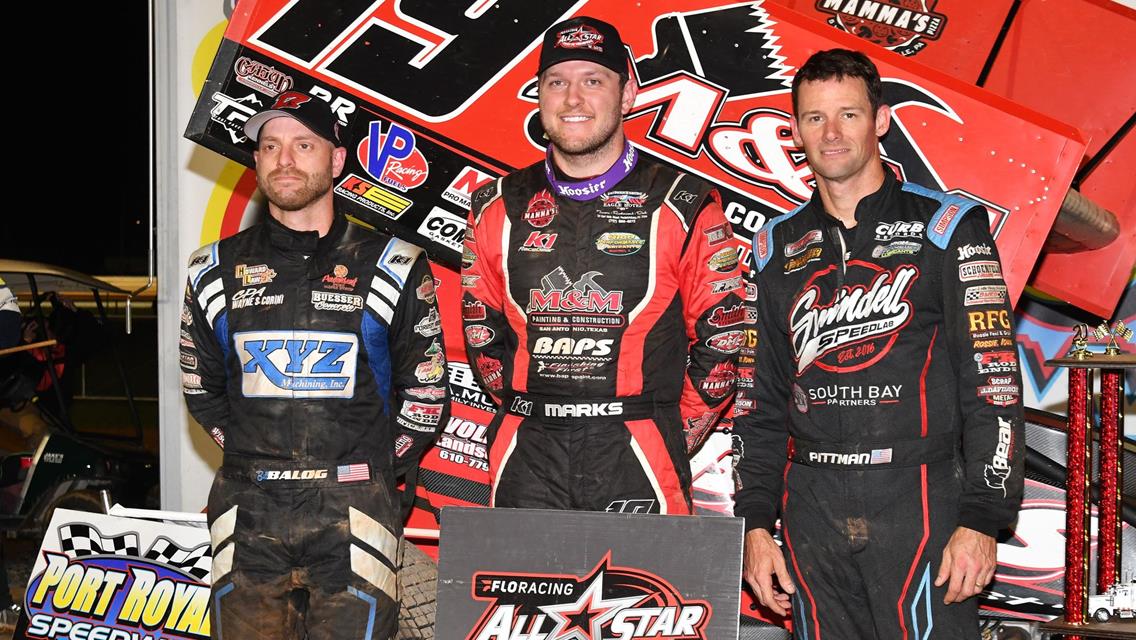 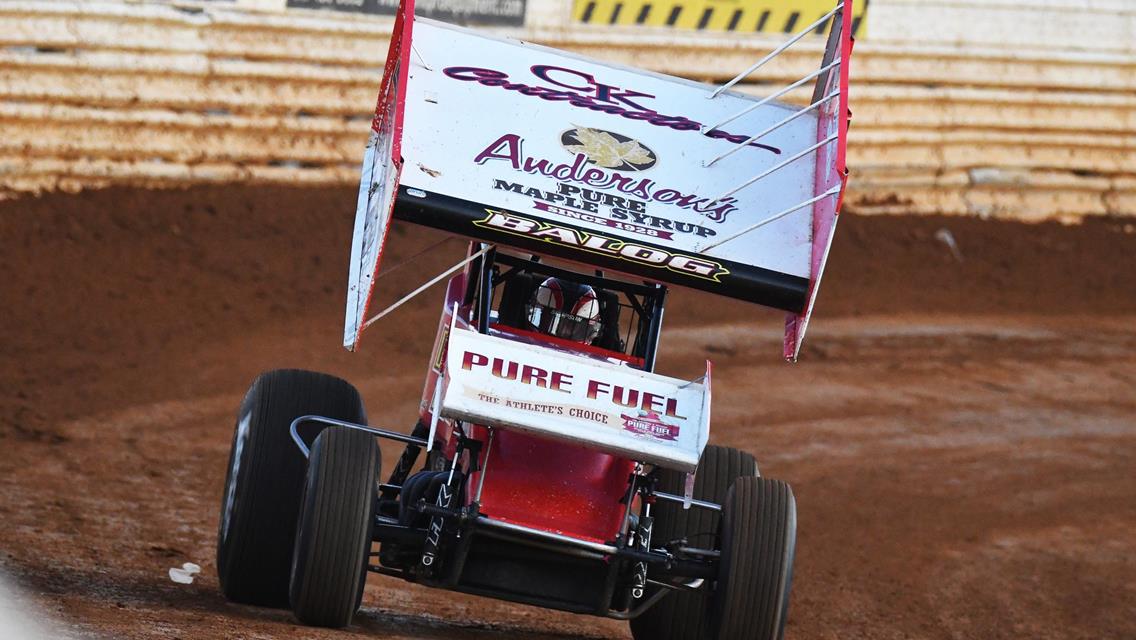 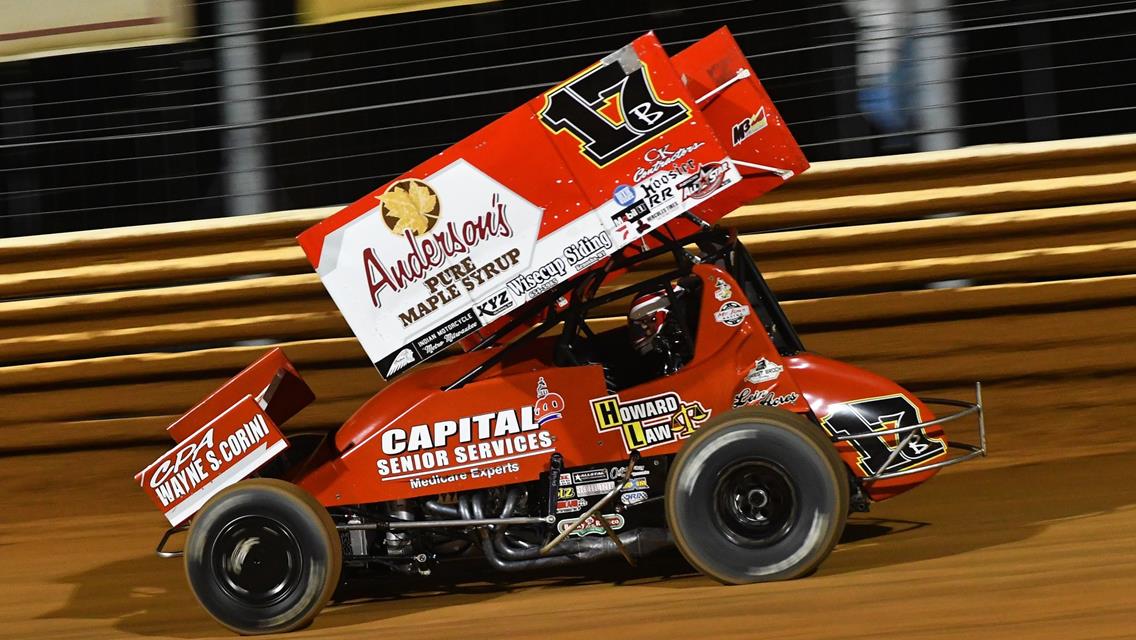 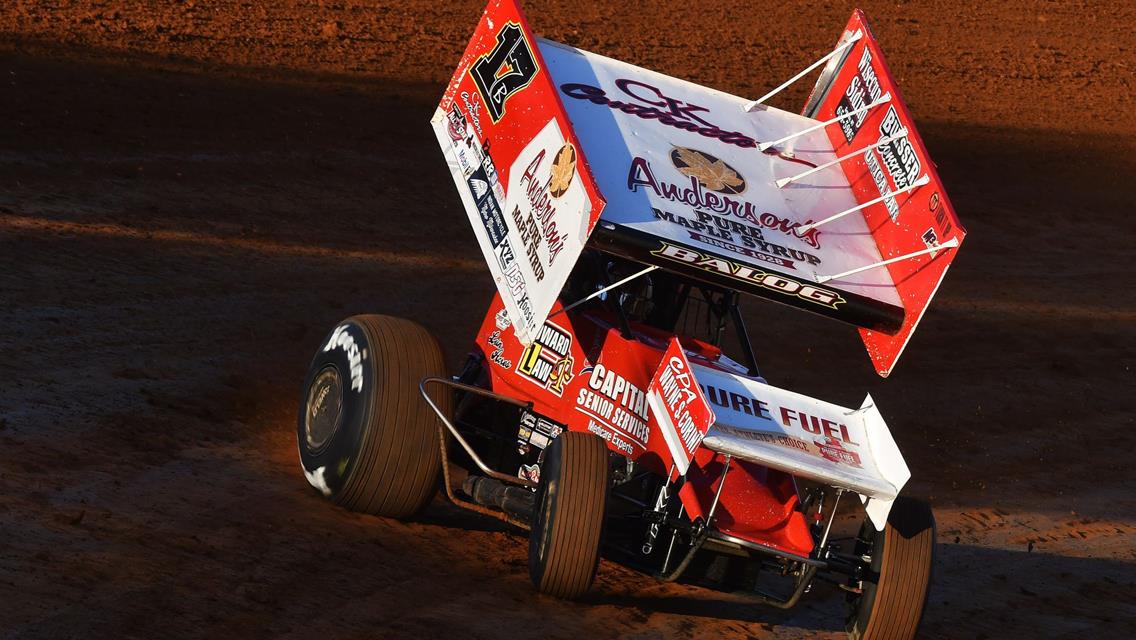