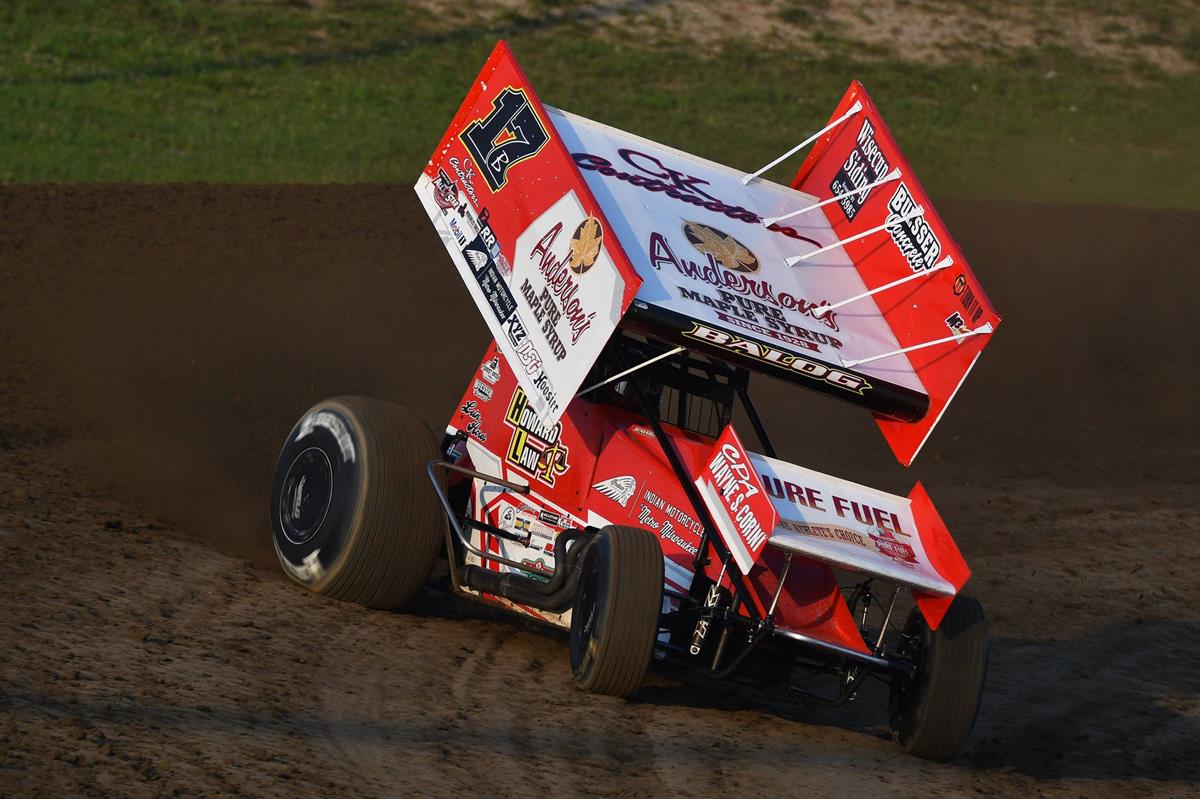 Hartland, Wisconsin (August 25th, 2021) – Bill Balog and B Squared Motorsports entered the brief FloRacing All Star Circuit of Champions presented by Mobil 1 weekend in Michigan & Ohio with a helping of cheddar and corn on the side. The team opted to run with the ASCoC Friday (MI) and Saturday (OH) and then make the overnight tow back to Wisconsin for the IRA Sprints Angell Park's “Corn Fest” in an effort to sweep the season at the historic oval.

The Anderson’s Maple Syrup #17B kicked off their visit to I-96 Speedway in Lake Odessa, MI transferring to the ninth starting spot in the A-Main event, directly from their heat race. For the second time this year at I-96 Bill and the team were forced to retire early after hitting the wall while battling for the seventh position with Hunter Schuerenberg.

“It’s tough to have a fast car and get knocked out of the feature early for the second time this year. The car felt good and we had the speed for a good night again, we just need to find some luck at this place”. said Balog, driver of the CK Contractors LLC, Buesser Concrete, Wisecup Siding, Howard Law, Wayne Corini, CPA, Lein Acres, Turn It Up Media sprint car.

The B Squared Motorsports team prepared the backup car for their first laps at Waynesfield Raceway Park in Waynesfield, Ohio. Despite experiencing some good sensations in the car and having a fast and well-prepared track, the team struggled to find the necessary speed and ultimately was able to move up from their 16th starting position to finish the 25 lap A-Main in 13th position.

Motivated to race in front of their hometown fans for their final Bumper to Bumper IRA Outlaw Sprint Series race of the season, the team hit the road for the overnight tow intent on having a successful end to their weekend. Bill Balog started the night right where he left off the last time, setting quick time in Osborn and Son Trucking Qualifications and securing a fourth place starting position in his heat race. Converting the heat race into the evening Dash redraw, Bill locked down the seventh place starting position in the feature event, finishing fourth in the Dash. The field turned fast laps on a narrow and hard to pass racing surface before the first caution finally fell on lap 23, with another yellow with four laps remaining in the 30 lap A-main event. On the final restart Bill was able to move into third position and secure a podium finish for the Rocky Rococo's Pizza, Forest Brook Farms LLC/Forest Brook Trucking LLC, Indian Motorcycle of Metro Milwaukee, Utica Bar, Mr. Jim's Racing, Sam I Am, DSG supported sprint car.

“After the overnight tow and working with the backup car we weren’t great in hot laps. But we were able to make adjustments before qualifying and find the speed we needed. Angell Park had a mind of its own tonight, it was difficult to pass and was rough in three & four so it was a challenge. I have to thank Dennis and Austin for a lot of hard work and Jimmy Bradford for his support this weekend. I’m glad we were able to get on the podium for those guys and our Wisconsin fans,” said Balog, the 10X IRA Sprint Champ.

Upcoming Racing Schedule Realignment
The team will resume their focus with the FloRacing All Star Circuit of Champions presented by Mobil 1 with four races in four days vs. the always dangerous PA Posse. The action will kick-off on Thursday, August 26, at Grandview Speedway in Bechtelsville, Pennsylvania before Williams Grove Speedway hosts a pair of 20-lap feature events awarding $4,000 each on Friday, August 27 for the Jack Gunn Memorial.

Honoring the late National Sprint Car Hall of Famer, Kramer Williamson, Lincoln Speedway’s Kramer Klash will steal headlines in the Pigeon Hills on Saturday, August 28. The $7,300-to-win program will give All Star travelers their first taste of the “Fabulous” Lincoln Speedway this season, also acting as a prime test session for the coming $20,000-to-win Dirt Classic on September 18.

The All Star vs. Pennsylvania Posse four-race sweep will come to a close on Sunday evening, August 29, at BAPS Motor Speedway in York Haven. The Johnny Mackison Clash will award a $5,000 top prize, and like the trip to Grandview, will feature the All-Star Circuit of Champions for the first and only time of 2021. 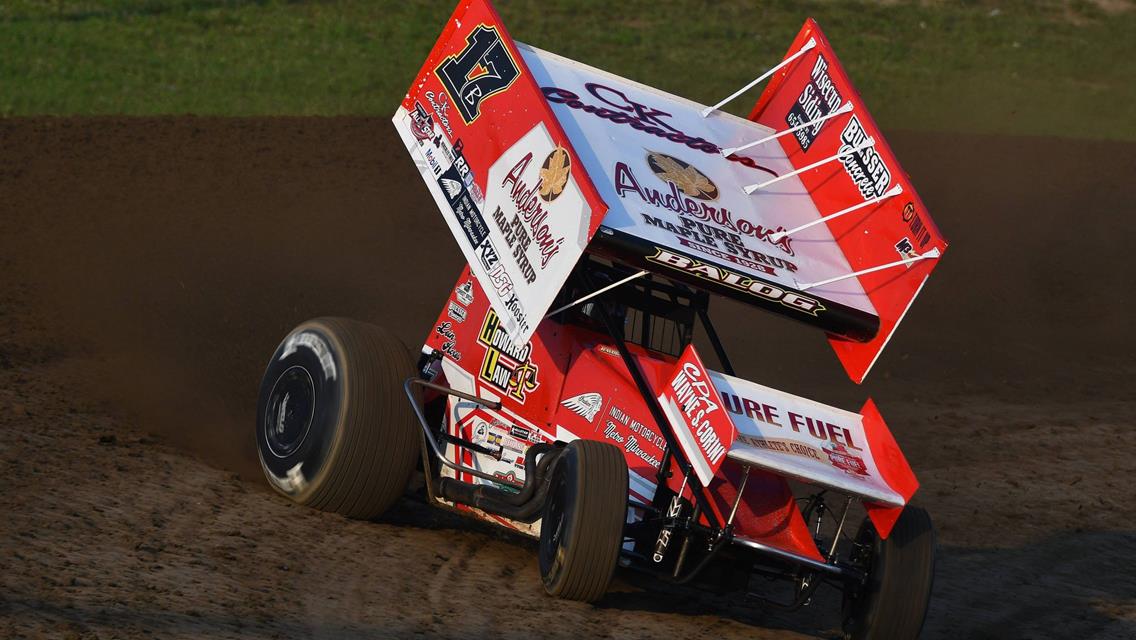 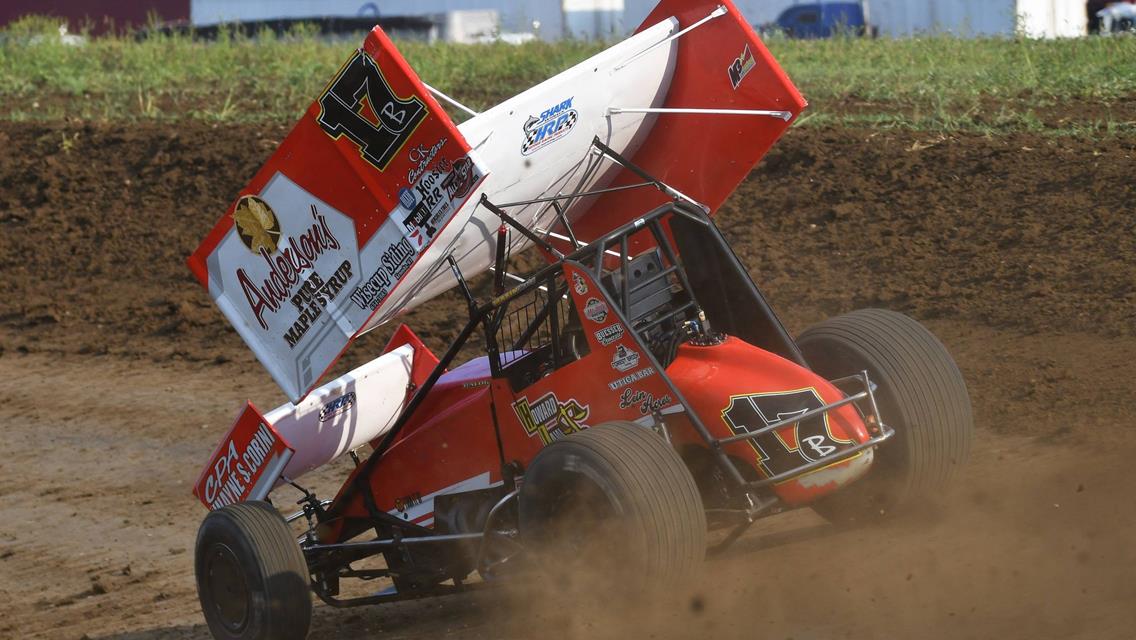 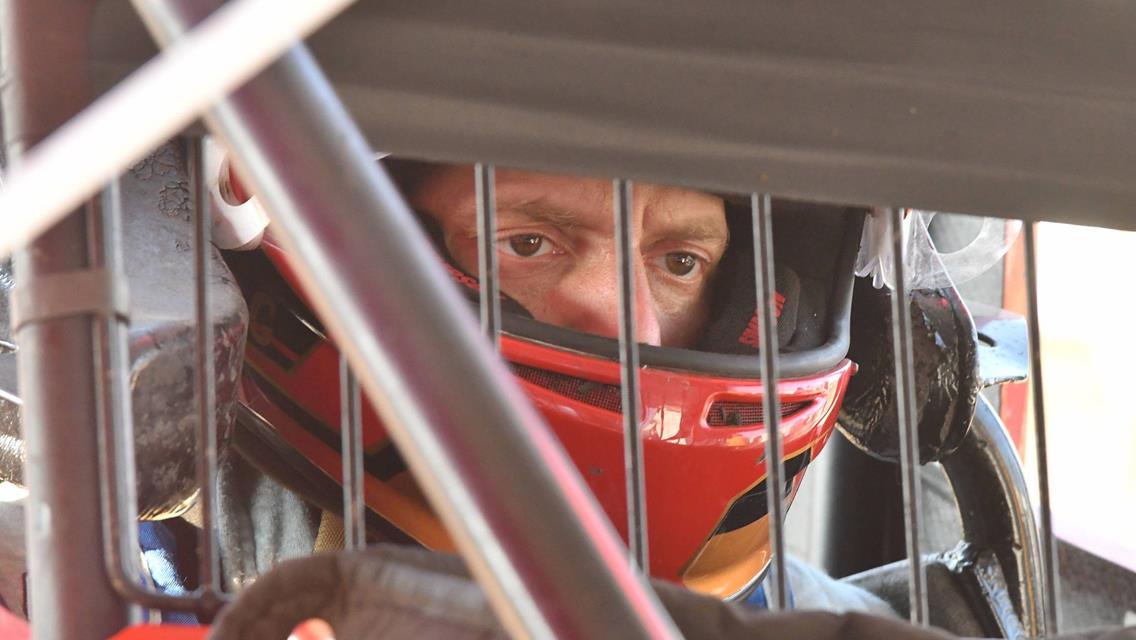