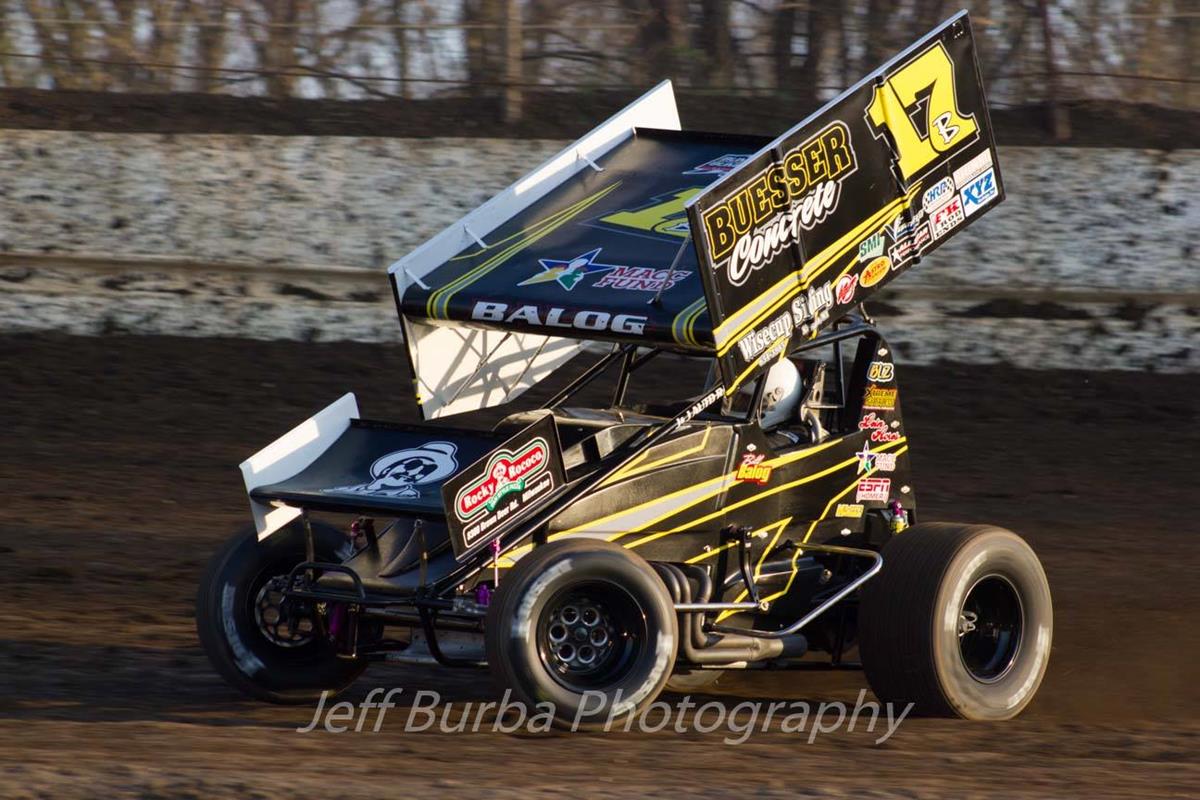 Bristol, WI – April 20, 2016. After a week’s delay, Bill and the B2 Motorsports team were chomping at the bit to get on track so decided to head south to the Tri-City Speedway in Pontoon Beach, IL for the MOWA Series opener. For the first time in series history, the series would qualify rather than using the passing points system that they used in years past. Bill would go out for qualifying about two-thirds of the way through the twenty-eight cars on hand laying down the 4th fastest time on the quickly fading track. The “0” pill was pulled for the heat race invert setting Bill up to start on the pole of the heat race. At the drop of the green, Bill would assert himself into the lead and walk away from the field until catching back markers on lap eight. A car would drift high and nearly come to a stop as Bill reached him causing Bill to lose ground as he drifted up the track. As the caution flew, something went awry with the 17B sprinter as it spun around and came to a stop ending Bill’s heat race run sending him to the B-Main. Starting 7th in the B-Main, Bill would get around two cars on the start, but had to fall in line on the one lane track to the checkers finishing 5th, one spot from transferring to the feature.

Saturday was a new day as Bill and the B2 Motorsports team headed to central Illinois to the LaSalle Speedway for the joint Interstate Racing Association/MOWA show. Thirty-seven cars were in attendance with Bill being the last car to qualify. Bill would muster a 7th place qualifying effort setting him up with a 5th place staring position in the heat race. The heat race was action filled as Bill would swap positions from 3rd back to 6th with the likes of Jeremy Schultz, Jake Blackhurst, and AJ Bruns throughout the ten lap event finishing where he started in 5th, transferring to the feature. Lining up in the 10th starting position, Bill would quickly move up to the 5th position. Just past half way Bill would make his way into the 2nd position before being challenged by Spencer Bayston. Bill would fall back to 3rd, but with a handful of laps remaining made a charge to the front, reclaiming 2nd from Bayston and began wheeling leader Parker Price-Miller in. As the white flag flew, Bill was within a car length of Price-Miller, but could not get by on the final lap finishing in the 2nd position.

Photo: Bill in action at the LaSalle Speedway this past weekend. Juff Burba Photography Photo.