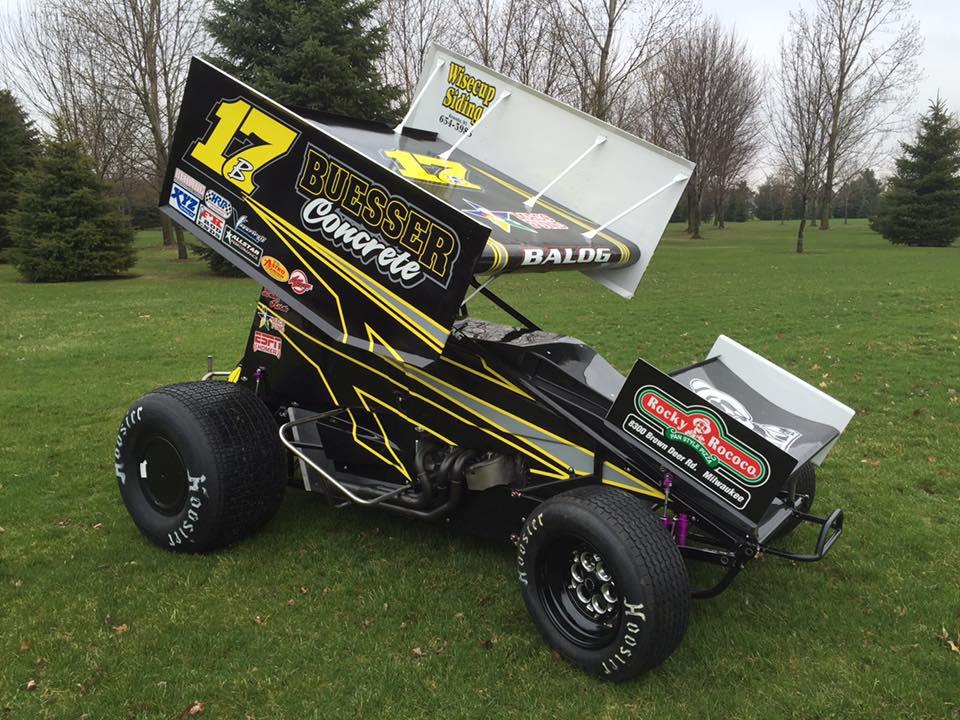 Ready to Hit the Track!!!

Bristol, WI – April 7, 2016. Bill Balog and the B2 Motorsports team were ready to get back to the track this weekend at the 34 Raceway in Burlington, IA with the National Sprint League, but Mother Nature had different ideas. So the team will get back into action next Saturday, April 16th for the Interstate Racing Association’s season opener at the LaSalle Speedway in LaSalle, IL. Bill will be back behind the wheel of the always potent #17B sprinter with much in place the same as last year. Matt Myers and Ben “Snails” Kruse will be back aboard the B2 Motorsports team in 2016 along with the addition of Joey Pecaro.

Most of the partners of 2015 are also back on board for the 2016 season. One major addition to the team for 2016 will be the MACC Fund, Midwest Athletes Against Childhood Cancer, Inc. The MACC Fund is a non-profit organization raising funds to support research for pediatric cancer and blood disorders like aplastic anemia and sickle cell disease. The MACC Fund is celebrating its 40th year anniversary in 2016. Childhood cancer is the leading disease-related cause of death in children after the newborn period. Since its inception in 1976, the MACC Fund has contributed over $55 million to pediatric cancer and blood disorders research in Wisconsin. This research is conducted in the MACC Fund Research Center at the Medical College of Wisconsin, in the MACC Fund Center at Children’s Hospital of Wisconsin, and in the MACC Fund Childhood Cancer Research Wing at the University of Wisconsin’s Carbone Cancer Center. This Wisconsin based research impacts the treatment and care of children throughout the state, the nation, and the world. Celebrating the 40th year in 2016, the MACC Fund is helping to play and important role in raising the overall cure rate for childhood cancer for 20% to 80% in the past four decades. Yet even children in the 80% category can relapse and have “late effect” issues which require additional research. In 2016, Bill and the B2 Motorsports team will be donating 5% of the team’s winnings and 10% of the team’s merchandise sales to the MACC Fund to help with the research of childhood cancer and blood disorders.

The team will be doing one thing different in 2016 that the team has not done before and that will be that they will be following a true “outlaw” schedule. The team will race this year where they feel it is financially and logistically responsible for the B2 Motorsports team. Weather will play a factor, as always, and the team will be able to change plans without consequence if need be when Mother Nature does not want to cooperate. The team is finalizing a tentative schedule at this time and will release it soon.