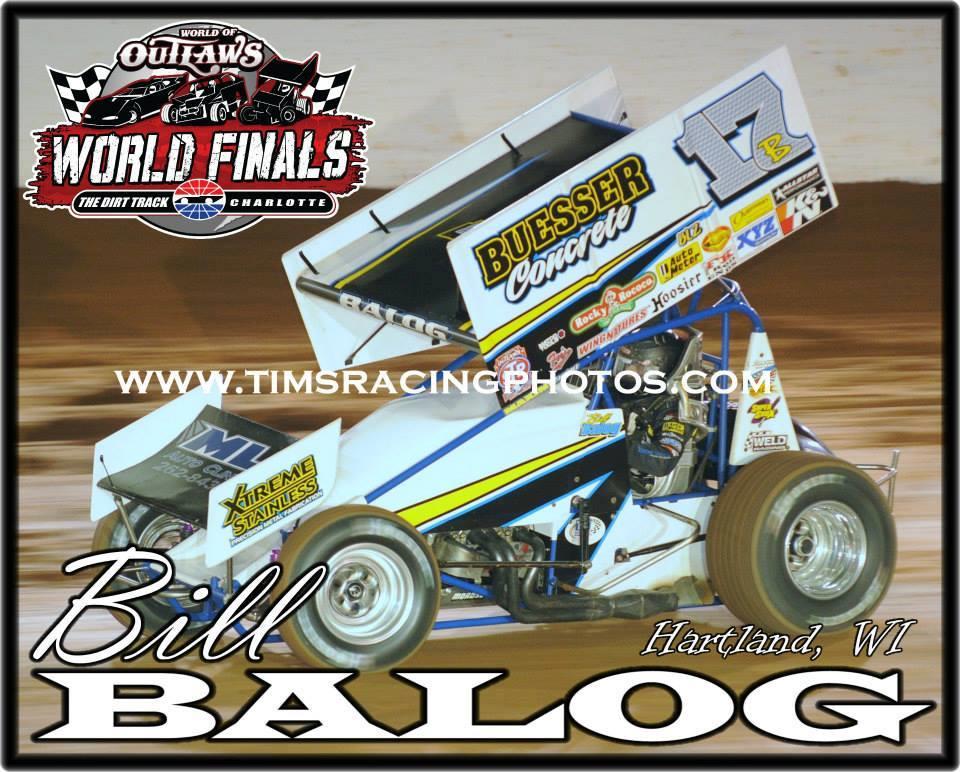 Uphill Battle at the World Finals

Friday night the team was back at the track as they were set up with a 6th place starting position in the 2nd heat race. At the drop of the green Bill maintained his position, but as the laps would down he would lose a spot to Logan Schuchart and finish in the 7th position sending him into the B-main. Lining up 8th in the B-main, Bill would lose a little ground coming out of turn two, but would maintain a 9th place running position. Two laps in something got into the brake line causing Bill to lose his brakes. Bill held on as long as he could until he finally retired from the event to avoid any damage to the car.

Saturday night the team had a big hole to dig out of as they were starting 8th in the second heat race with the likes of the top-2 in World of Outlaw points starting directly in front of the 17B sprinter. Bill would maintain his 8th place starting position throughout the heat race and would finish there sending him to a front row staring position in the C-main. Starting alongside the #13 of Mark Dobmeier, Bill would follow him through turns one and two as the two would race hard the first six laps with Bill trying to keep his momentum up on the high side of the track to overtake the #13 sprinter. On lap six the car would stumble in turns three and four causing the car to slow. At the end of ten laps Bill would maintain his 2nd place position sending him to the tail of the B-main. With the track being tough to pass on, Bill fought his way forward to a 13th place finishing position ending his night and the 2013 season.

The team is now back in the shop getting a head start on the 2014 season. We are also in the process of searching for marketing partners for the 2014 season. Please contact Bill at balogb17@yahoo.com or Matt at littlekw022@gmail.com if you have any interest in partnering with B2 Motorsports team in 2014.

Stay up to date with what is going on with Bill and the B2 Motorsports team by checking out the Facebook page at http://www.facebook.com/bsquaredmotorsports. Also remember to check out Bill Balog and the B2 Motorsports Team by visiting www.billbalog.com for driver and crew bios, our schedule, pictures, videos, and to sign our guestbook if you’d like to.