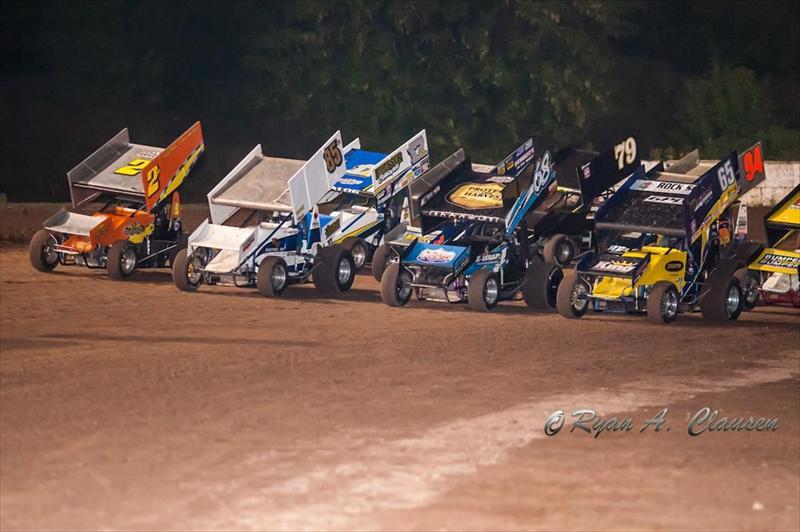 Bristol, WI – September 16, 2013. Bill and the B2 Motorsports team headed up Highway 41 this past Friday to the sweeping cornered third-mile of the Oshkosh Speed Zone Raceway in Oshkosh, WI where Bill and the team have won six of the last eight shows. Bill started out the night by qualifying the quickest of the twenty-seven cars on hand, his 7th quick-time of 2013. Lining up in the 6th starting spot, Bill quickly moved into the 2nd position trailing leader Bill Warren. A couple laps in and Warren’s engine seemed to expire as he pulled off and Bill took off with the lead picking up his 13th heat race victory of 2013. Bill would pull the #3 pill for the feature invert setting him up with a 6th place starting position in the twenty-five lap feature event. At the drop of the green Bill got a great start on the outside as he made his way into the 2nd position behind Scotty Neitzel. The pair hung tight with Bill making several attempts to try and get by the #2w sprinter. On lap thirteen Bill got the run he needed as he drove under Neitzel and into the lead. On lap twenty-one caution would fly for a spinning machine out of turn two giving the lead lap cars a shot at Bill on the restart with no lap cars to interfere. Bill would time two restarts perfectly as he was able to drive away the final four laps and pick up his 15th victory and 6th clean sweep of the 2013 season.

Saturday night the team headed an hour east to the quarter-mile bullring of the Sheboygan County Fairgrounds in Plymouth, WI where Bill has won four of the last five IRA features for the annual Frank Filskov Memorial and the Brian Portschy Memorial. The night started out with a 4th place qualifying effort of the twenty-six cars on hand. Lining up in the 5th starting position in the heat race, Bill made his way into the 3rd where he would finish behind Neitzel and Jeremy Schultz. Bill would line up in the 2nd position for the start of the twenty-seven lap feature where he would fall back to the 3rd position after a lap trailing Neitzel and the #85M of Steve Meyer. The trio battled amongst each other swapping the lead around and changing lines throughout twenty-five laps as they battled through the heavy lap traffic. On lap twenty-five Bill drove under Neitzel going into turn one and quickly made his way to the high side of the track where it was clear sailing from there as he would beat out Neitzel and Meyer as the checkered flags waved picking up his 16th feature victory of 2013, becoming the only 3-time winner of the Filskov Memorial, and picking up his 61st career IRA victory tying himself at the top of the list with 9-time IRA Champion Joe Roe.

This coming Saturday, Bill and the B2 Motorsports team head to the high-banked third-mile of the Beaver Dam Raceway in Beaver Dam, WI. Bill has visited victory lane three times this year at the track in addition to a 2nd place run with the IRA and the 11th place run with the World of Outlaws. Saturday, September 28th the IRA season will wrap up in Beaver Dam at Wisconsin’s “Horsepower Half-Mile” of the Dodge County Fairgrounds. Bill picked up the clean sweep at the flat half-mile back in July in IRA competition. Please check our Facebook page for any last minute changes to our schedule by going to http://www.facebook.com/bsquaredmotorsports. Results throughout the night are also posted on our Facebook page provided there is service at the track. Also remember to check out Bill Balog and the B2 Motorsports Team by visiting www.billbalog.com for driver and crew bios, our schedule, pictures, videos, and to sign our guestbook if you’d like to. 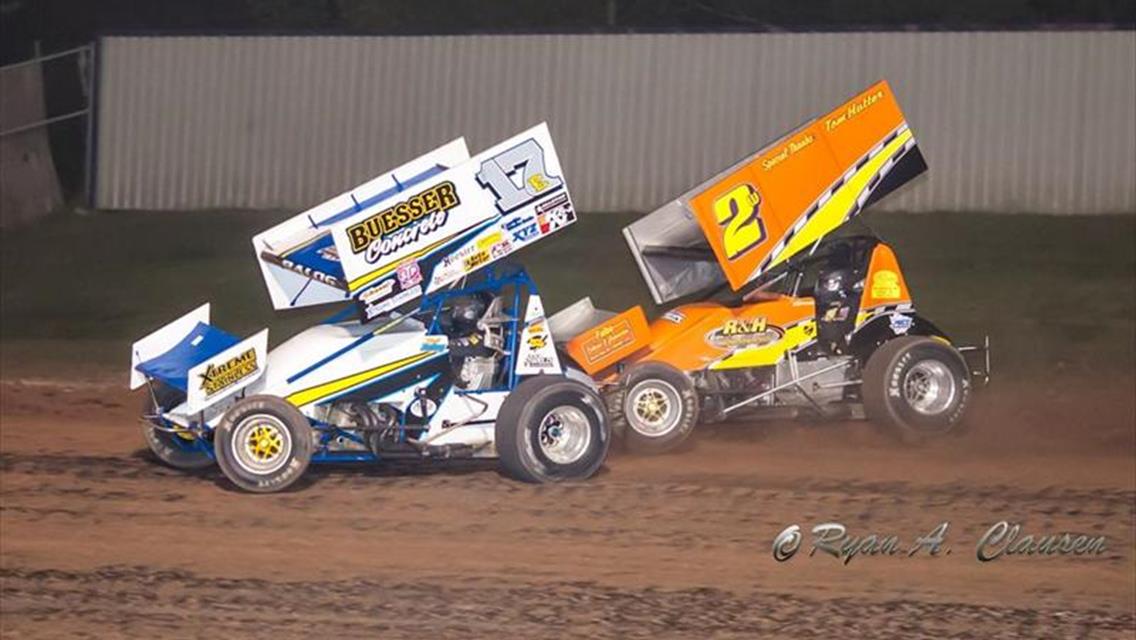 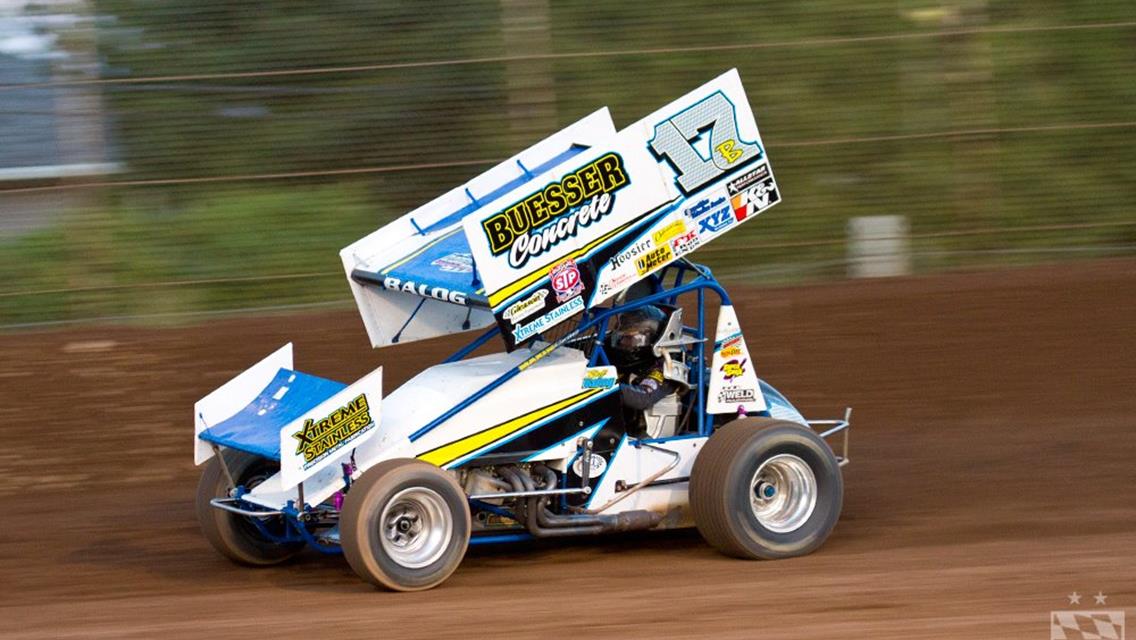 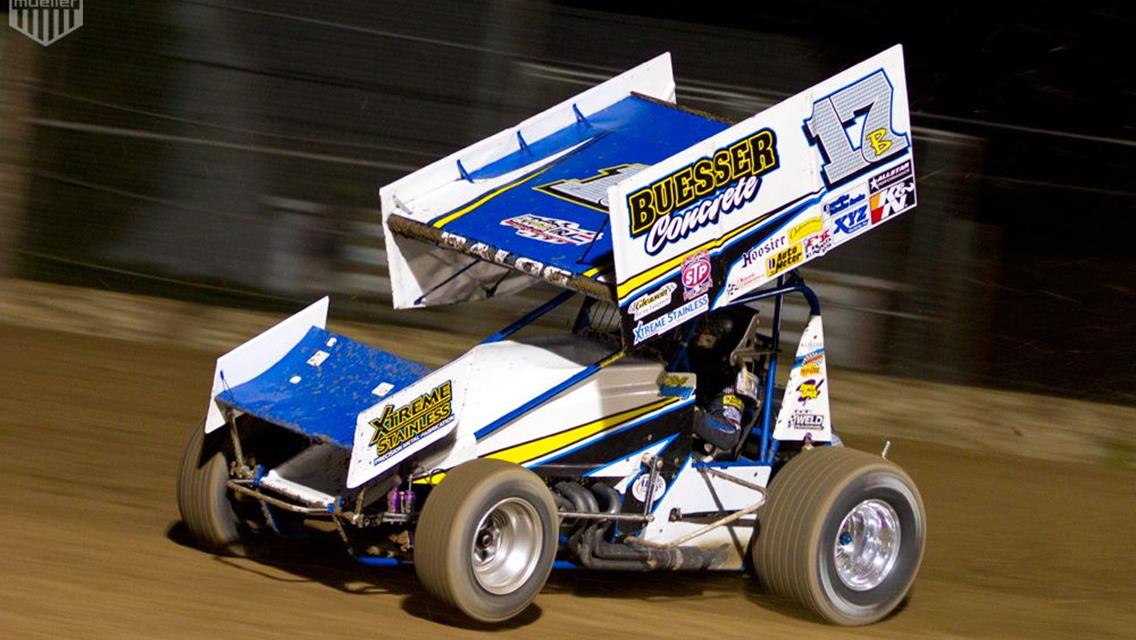 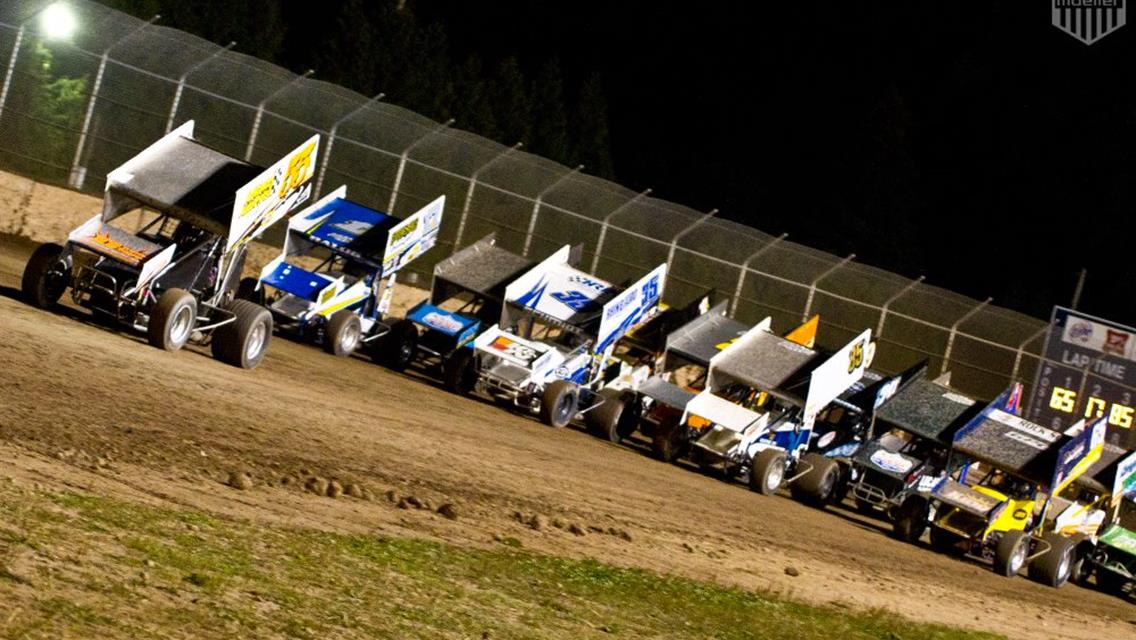 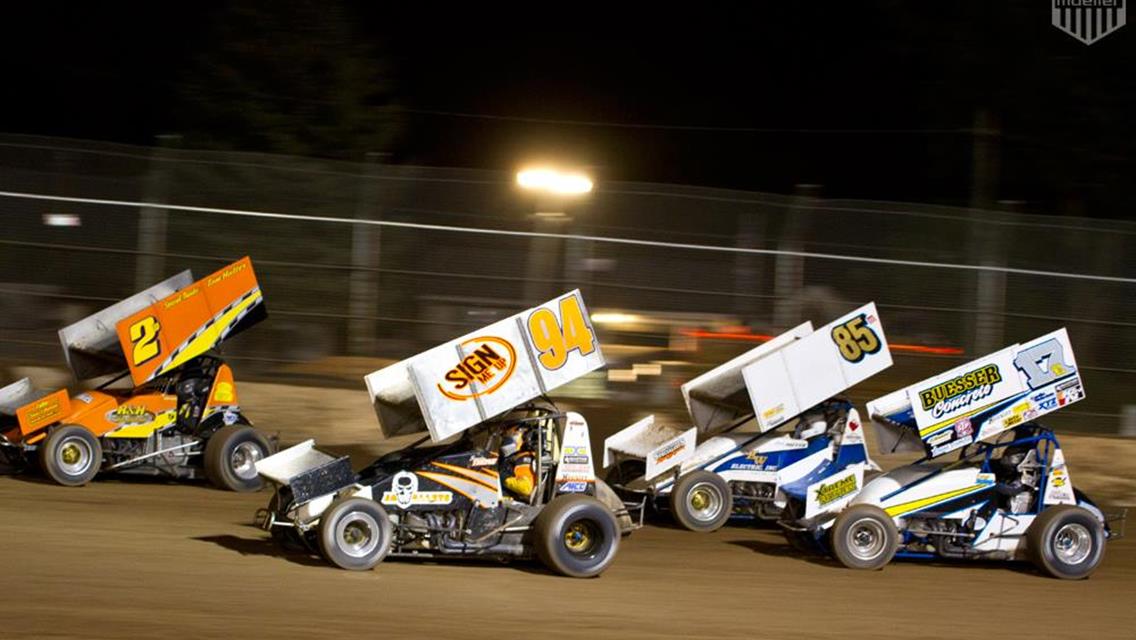 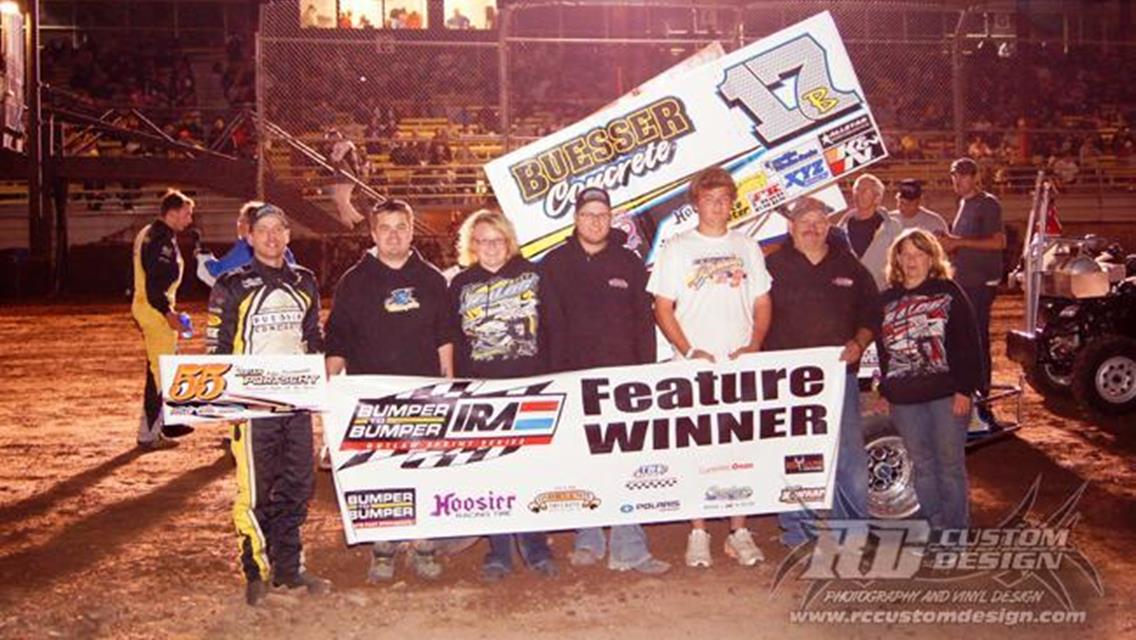 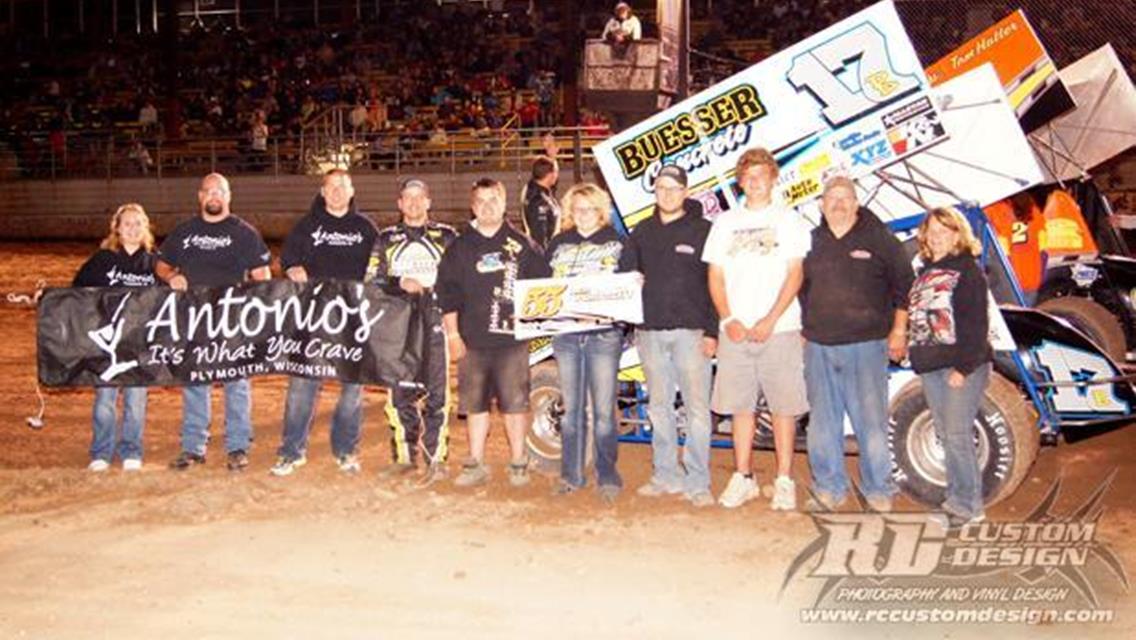