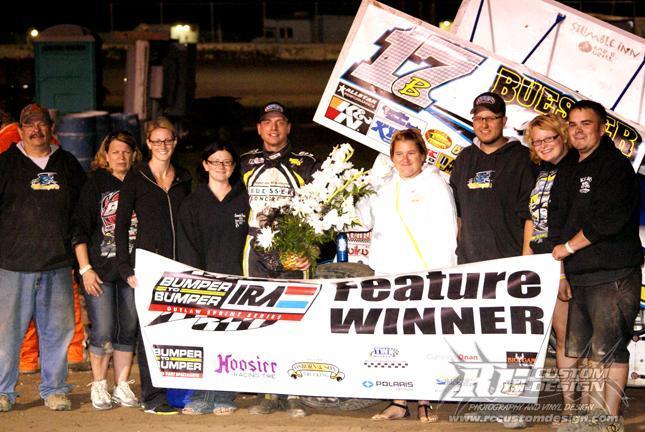 Bristol, WI – September 4, 2013. Another fair race was up next for Bill and the B2 Motorsports Team as they headed to Plymouth, WI to the Sheboygan County Fairgrounds this past Friday night. Thirty-one cars checked into the quarter-mile bullring. Bill would lay down the 4th quickest lap setting him up with a 5th place starting position in the 1st heat race. Bill wasted little time at the drop of the green as he made his way to the front getting by the #4K of Kris Spitz on the final lap picking up his 12th heat race victory of 2013. Bill would line the 17B sprinter up in the 5th starting position of the feature and going through turns one and two of the first lap mayhem broke loose as a ten car wreck occurred bringing the feature to an abrupt stop. The B2 Motorsports team with the help of others repaired the car as best as they could and got Bill back on track to restart in the 14th position. At the drop of the green, Bill was on a mission to the front as he charged his way to the front and into the lead in fourteen laps and set the cruise control as he went unchallenged the final sixteen laps capturing his 14th victory of the 2013 season.

Saturday night was a whole different animal as Bill would climb aboard the Lein Acres black #2 midget for night number #1 of the Pepsi Nationals at Angell Park in Sun Prairie, WI. Bill started off the night with a 9th place qualifying effort of the twenty-seven cars on hand. Lining up in the 5th starting position of the heat race, Bill gained one position transferring him into the thirty lap feature. Bill would line up in the 9th starting position and methodically made his way forward in the feature as he was up to the 5th position at lap fifteen when the red flag came out for a wreck on the front-stretch. When the green flag came back out the car did not react the same as before the red as Bill started to slide back ending the night where he started in the 9th position.

Sunday night Bill was back in action at night #2 of the Pepsi Nationals. Bill and the black deuce would be the 3rd fastest on this night of the twenty-two cars on hand. Bill would line up in the 7th starting position as he starting making his way forward on the ten lap event. On lap four, Bill and two other competitors went to the same real estate as they went into turn one as disaster struck, but Bill made it through able to restart. The green would come back out and a lap later Bill got into turn one hot packing the right-rear wheel full of mud and having to retire and be scored as finishing 5th. Bill would line up in the 3rd starting position in the feature and would fall in line at the start. Two laps were in the books when Bill would have a brake pedal issue, but continued to soldier on. Bill would make his way into the 2nd position on lap seven and would now trail Darren Hagen until the red flag come out on lap thirty-four of the fifty lap feature. The crew repaired the pedal under red and sent Bill back out on Hagen’s tail. Bill would make a charge out of turn two and slid Hagen for the lead, but the red was back out sending Bill to 2nd. Multiple cautions and reds plagued the race the next two laps until the final the green was out for good as it would go non-stop and Bill would come home 3rd behind POWRi midget point leader Zach Daum and BADGER Midget Champion Brad Kuhn.

This weekend Bill and the B2 Motorsports Team heads to northern Wisconsin. Friday night the team will head to the Amsoil Speedway in Superior, WI for the 25th Annual Northern Nationals. Bill and the team will be looking to pick up their 4th consecutive Northern Nationals title. On Saturday night the team will head south to the Cedar Lake Speedway in New Richmond, WI for the Jerry Richert Memorial. Bill and the B2 Motorsports team picked up this event back in 2011. They lead into this year’s event with a victory at the three-eighths mile high-banked oval with a victory back in June with the Interstate Racing Association and the 6th place run later the same month with the World of Outlaws. The following weekend the team will have another double-header as the team will head to Oshkosh Speedzone Raceway and to the Sheboygan County Fairgrounds. Please check our Facebook page for any last minute changes to our schedule by going to http://www.facebook.com/bsquaredmotorsports. Results throughout the night are also posted on our Facebook page provided there is service at the track. Also remember to check out Bill Balog and the B2 Motorsports Team by visiting www.billbalog.com for driver and crew bios, our schedule, pictures, videos, and to sign our guestbook if you’d like to. 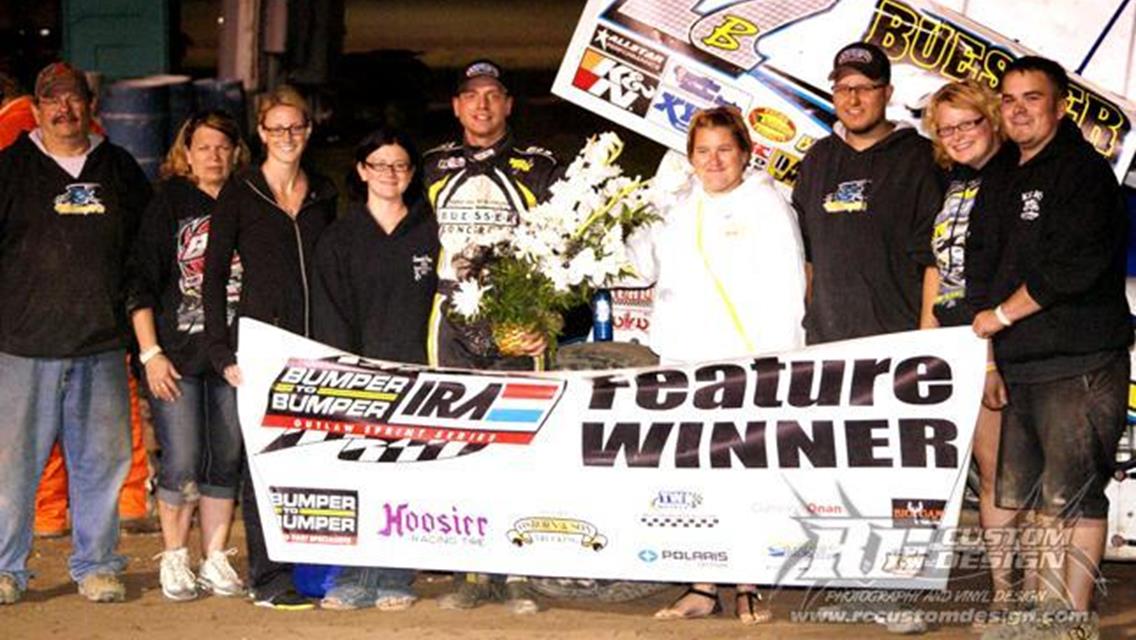 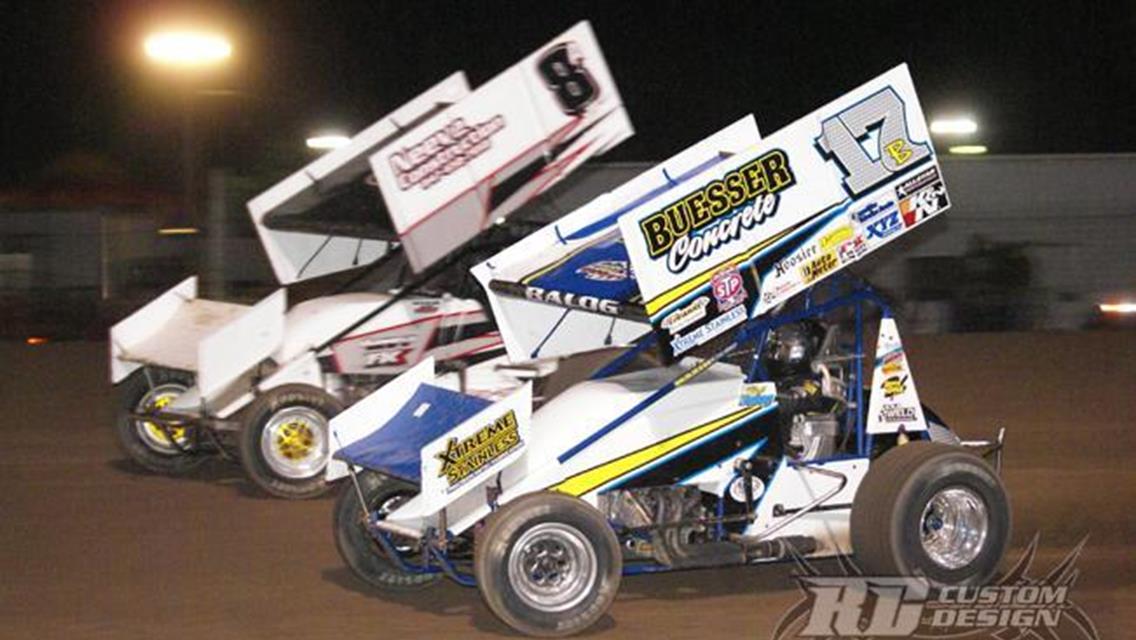